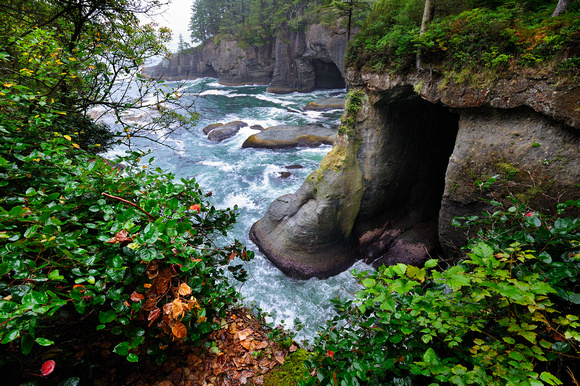 On March 22, 1778, Captain James Cook named Cape Flattery. Cape Falttery, home to the Makah Indians, and now part of the Makah Reservation, is the northwesternmost point in the continental United States, and marks the entrance to the Strait of Juan de Fuca.

The name the British explorer bestowed is the oldest non-Indian place name still in use on Washington state maps. In 1778, Cook, commanding the ships Resolution and Discovery, was undertaking his third and final voyage of discovery in the Pacific Ocean, searching for the fabled Northwest Passage, the long-sought water route from Europe to the riches of Asia. He sailed for the far northern Pacific where it was hoped the Passage was located.

On March 7, 1778, a month after leaving the South Pacific, the expedition first sighted what they called New Albion; the name given to the Pacific Coast of North America by Sir Francis Drake, who had explored the area briefly during his around-the-world voyage some 200 years before.

For two weeks, Cook’s ships worked northward along the coast, without finding even a suitable harbor, let alone any sign of the passage that they sought through the continent to the Atlantic. On Sunday, March 22, Cook saw, between a low cape and a steep island just off the cape, “a small opening which flattered us with the hopes of finding an harbor.” The hopes lessened as the ships drew nearer. Cook decided that the opening was closed by low land and turned the ships away. He named the point of land Cape Flattery. Having turned away, Cook crossed the entrance to the Strait of Juan de Fuca without realizing it.